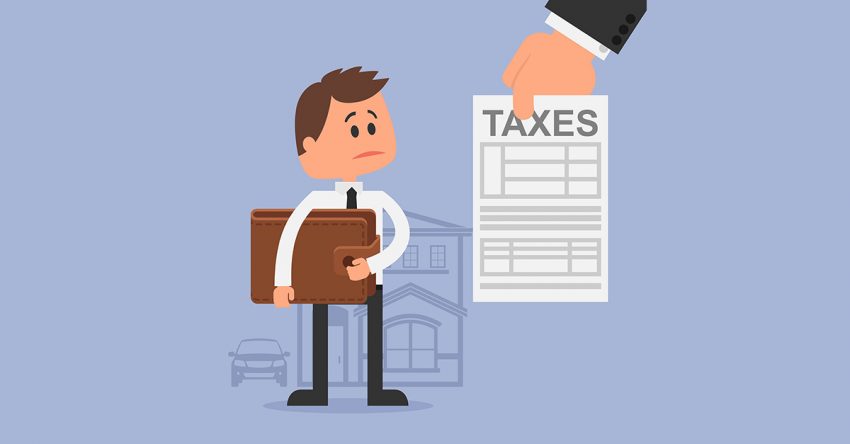 The taxation system in the United States, as in any other federal state, is divided into a federal tax system, state and municipal tax system. Federal taxes are characterized by a progressive scale, so the main burden of their payment lies on the wealthy segments of the population. On the contrary, local taxes have a flat or in some cases regressive scale, which facilitates to equal participation of the residents of a particular territory in the formation of its budget revenues.

The main federal taxes in the United States are income taxes (divided into personal and corporate taxes) and consumption taxes. Federal taxes are uniform and mandatory for all U.S. residents, while local tax systems differ from each other: for example, not all states and territories require their residents to pay local taxes. In this article we will talk about personal and corporate income taxes.

Federal income tax on the population constitutes the main part of the federal budget revenues. It is levied on individuals, as well as on individual enterprises and partnerships without legal personality. Each individual taxpayer has his own tax status. Depending on whether a taxpayer is a member of a group or not, he is entitled to tax benefits.

A characteristic feature of U.S. tax policy is that not all Americans have to pay the established taxes on individuals in full. In parallel with the basic tax rates, the country has a complex system of tax exemptions that partially or fully exempts millions of U.S. citizens from tax payments.

Taking into account different social status and, as a consequence, different solvency of citizens, the tax on income of individuals is a unique tool for redistribution (equalization) of social benefits. In addition, personal income tax makes it possible to take into account the ability to pay tax that is not expressed in income (due to differences in family status and, consequently, in responsibility).

Personal income tax from the federal budget is the most important and is considered as the most equitable source of public funds.

There are special rules for some specific corporations. These are types of corporations such as investment regulators, real estate trusts, real estate investment companies, and real estate mortgaging companies. Typically, these corporations do not pay tax, but their investor shareholders do.
Many corporations hire special companies that work with their taxes. The reason is the complexity of the tax system of the United States. Here is a good example of a company that works in the field of tax preparation tucson az https://southwesttaxassociates.com/. The use of professional services gives an opportunity to treat taxes responsibly.